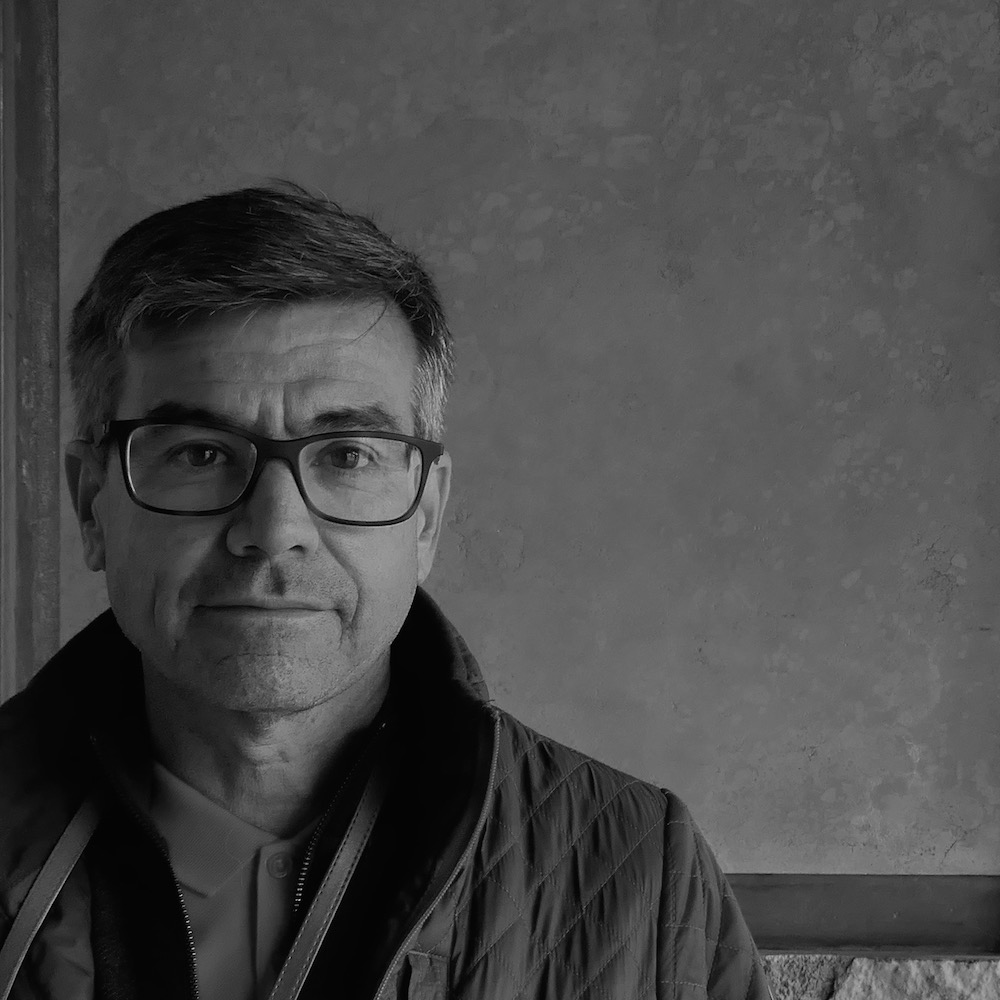 Fernando R Bonnin is a man of many passions, but art is definitely the driving force behind all his endeavors. With unhindered creativity and incredible energy, Bonnin has made a big mark in the local modern art scene, with attractive and hard-hitting artwork that sets a new pace for emerging artists. While his paintings can be found in the homes of private collectors, his impressive murals and large-scale works also adorn important institutional spaces.

Bonnin lives and works in Puerto Rico, a place of rich colors and breathtaking landscapes that stimulates and provides great context to his vibrant artwork. During his early studies at Colegio Ponceño, he began to show great interest and curiosity for the arts, as photography, drawing, and cinema fascinated him. This vocation to design led him to study architecture at the California Institute of Architecture in Los Angeles, California.

In the 80s, the artist collided with diverse cultural and experimental movements in the west coast and then, in 1991, began his studies in Vico Morcote, Switzerland, where he was exposed directly to a fierce, new culture and intensely studied the cubist architecture of the former Czech Republic. This was a defining moment, as the area’s urban architectural environment of painting, sculpture and drawing set forth a permanent footprint in his aesthetic viewpoint.

He then returned to Puerto Rico as a graduate architect, working on a number of large-scale projects, but in his continuous desire for experimentation and in the search for greater freedom of expression, he begins to paint. An accomplished architect and designer, Bonnin has honed impressive design skills through his professional craft, and brings a highly educated and methodical approach to his artwork, combining geometry, proportion, balance, and perspective in ways that only an architectural visionary can. Meanwhile, his wild imagination and charismatic personality are clearly present on the canvas, producing impressive grand-scale works that mesmerize and stimulate. Each canvas – whether 2′ or 10′ wide – is transformed into a new scene of wonder and depth, where viewers can explore another dimension of sights (and even sounds) and go with him on a ride of layers, colors, and texture. Although he mostly works with oil on acrylic, his work consists of a constant exploration of technique, texture and varied approaches to his medium. In 2017 “Evolución a Color” was his first solo show in Ponce, followed by “Soñando en Tiempo” in 2018. Each exposition presented over 30 pieces of his work. In 2019, his paintings were also exhibited in the renown art museum Casa Escuté in the municipality of Carolina, Puerto Rico.

Meanwhile, Bonnin is a man of deep spatial and cultural awareness, as, through his professional and personal endeavors, he has traveled to over 30 countries, visited over 100 cities, and has been connected in different ways to amazing cultures and influences throughout the past decades. His time living abroad has provided him with a cosmopolitan viewpoint that translates into contemporary works worthy of the most sophisticated designers, high-end hospitality venues, and most discerning high-profile collectors in Puerto Rico and abroad. His global perspective and curiosity for life are a driving force for his work and are evident in each of his paintings. The artist is also deeply inspired by nature, bringing elements of the sky, sea, and fauna into his work.

Aside from his productive career as a painter artist and architect, Bonnin continues to nurture his creativity by dabbling in other forms of art, such as photography, mixed media works, and cinema, among many other creative junctions in his busy lifestyle. 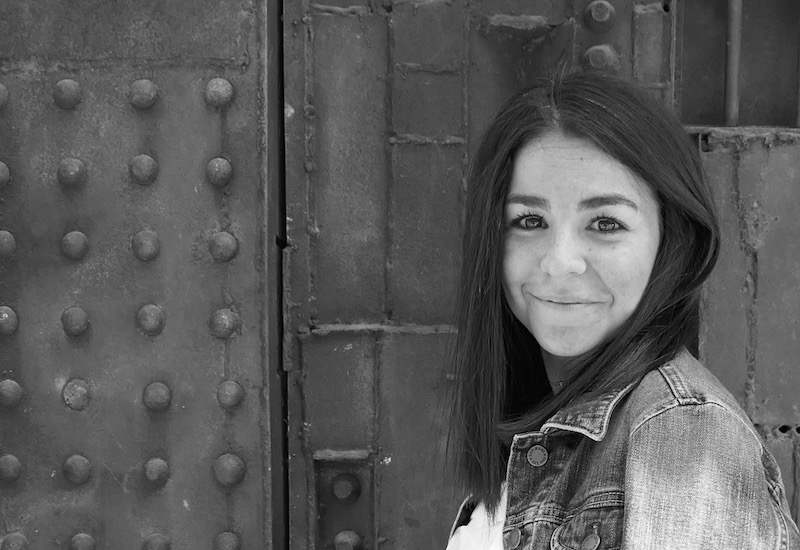 Creative Director Laura Bonnin expertly represents FR Bonnin in and out of Puerto Rico. With art deeply embedded in her heart, Laura has grown up surrounded by art, history, and culture.

She holds a Bachelor’s Degree in Business Administration from the Catholic University of America in Washington DC and a Master’s Degree in Business Design and Art Leadership from the Savannah College of Art and Design in Georgia. Laura expanded her professional career in the arts as the Coordinator of the Development Department of The Museo de Arte de Puerto Rico from 2018 to 2020 where she organized fundraising events and integrated innovative strategic campaigns to expand the museum’s target market. In addition, she was head of the team responsible for the rebranding of the museum store. This included store concept ideation and sketching to planning and merchandising. This past year Laura explored a new path as the Logistics Manager of Palacios Store. A state-of-the-art store focused on interior design, covering home furniture, fabrics, lighting and outdoor furniture, with exclusive international lines like Baccarat, Galloti, Saba and Ligne Roset.

Laura is also an avid traveler and is constantly exploring new trends and insight seen in the top art festivals around the globe, always keeping the finger on the pulse of what’s happening in the art world. Through her work, Laura combines her experience in art management, event planning, merchandising, hospitality, and communications, along with original insights and strategic vision to further FR Bonnin’s innovative voice. She made her grand curatorial debut with Evolución a Color, Bonnin’s first solo exposition, an ambitious production at the Ponce Plaza Hotel where 30 impressive paintings were exhibited and over a dozen large-scale works were sold. At her event, some of Puerto Rico’s finest collectors came out, as did the media. 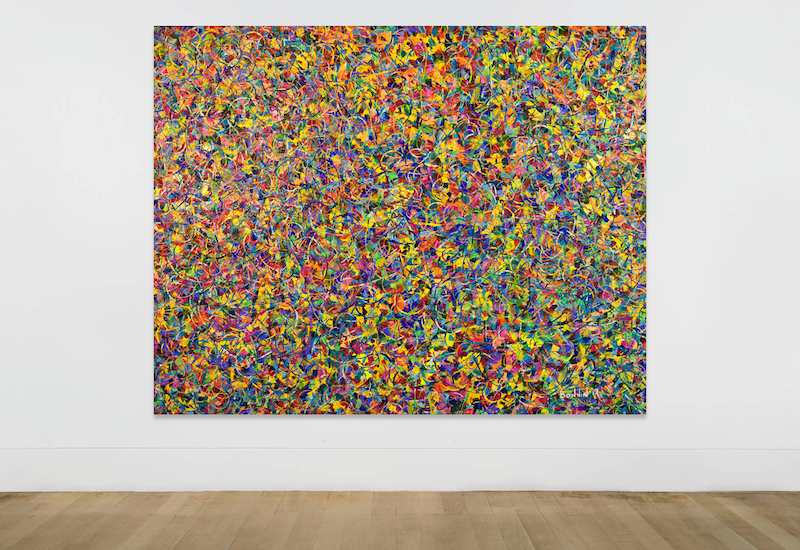 FR Bonnin artwork is ideal for grand interior spaces (predominantly foyers, hospitality or fine dining venues) and large-scale public assembly settings. Corporate clientele and private collectors enjoy the artist’s vibrant work in a variety of settings, including bespoke works. If you’d like a custom piece, FR Bonnin fine art is available for commission by request (considered on a case-by-case basis).